Gina is a 6 year old sport horse mare that is early in her training. Despite appropriate early training, Gina has shown some aggressive behaviours towards people and horses that is bordering on dangerous at times. This aggression did not seem to be associated with her heat cycles or any other specific instigator. Gina had multiple veterinary visits to help rule out a cause of her aggressive behaviour including musculoskeletal pain, gastric ulcers, and reproductive abnormalities. There were no musculoskeletal issues or ulcers noted. On reproductive ultrasound, her ovaries were noted to be of appropriate size and character and she was noted to cycle normally. Gina had blood pulled for a Granulosa Cell Tumour panel.

A granulosa cell tumor (GCT) is a functional tumor of one or both of the ovaries. It is the most common reproductive tumor in horses. These tumors are functional in that they secrete the hormones normally produced by the ovaries is excessive amounts. Signs can include: persistent and unexpected behavioral changes such as stallion-like behavior and aggression, intermittent or prolonged heat cycles, absence of heat cycles, difficulty getting bred, or colic. On ultrasound, affected ovaries may be larger than normal and have a honeycomb appearance. When unilateral (most common), the contralateral ovary is often small and inactive due to the overproduction of hormones by the affected ovary. In early stages of the disease process, the ultrasound may be apparently normal with the affected cells only visible at the microscopic level. The blood panel looks for excess reproductive hormones helps to diagnose a tumor in these cases.

In Gina’s case, the panel showed excess levels of Anti-Mullerian hormone (AMH) and testosterone, consistent with a GCT. At this time, there are no proven medical treatments for GCT in horses. Treatment of GCT is surgical by either unilateral or bilateral ovariectomy (spay). This surgery can be performed laparoscopically on a standing, sedated horse by a board-certified surgeon with a relatively short recovery period. When the tumors are caught early, prognosis for the surgery is good. When undiagnosed, the tumors can get large making surgical removal more difficult. There are a small portion of treated horses, where ovariectomy is performed and aggressive behaviours persist. It is suspected in these cases that there is an alternative source of hormones (such as the adrenal gland) exists or that the behaviours have been learned. Generally though, owners report they are satisfied by the results of treatment and their horses return to their previous endeavors following surgery. 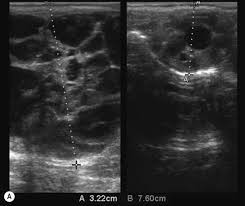 Figure 2. Comparison of an ovary affected by granulosa cell tumor (A) compared to a normal, unaffected ovary (B). Source: https://www.newenglandequine.com/Articles/NEEMSC-Granulosa-Cell-Tumors.pdf