December: An Out Of Place Problem 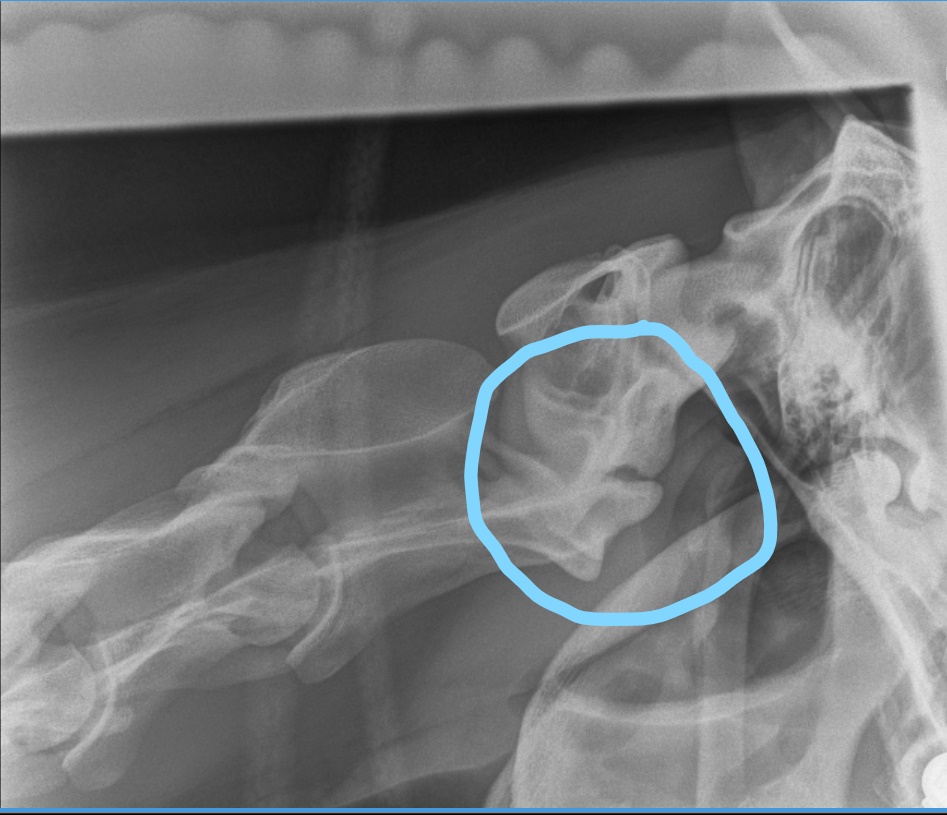 December Case of the Month: An Out Of Place Problem

Carl is a 12 year old miniature horse stallion who is used for driving, shows in-hand, and he is an active breeding stallion. When he is not living with the breeding mares doing his important work, Carl lives in a paddock alone, but with a gelding in the neighbouring paddock. Carl’s owner found him after an apparent fight with his neighbour through the fence. The fence was visibly damaged, and poor Carl was holding his neck very low and stiff and was very reluctant to move. For the first several days following the presumed fight, Carl was treated with muscle relaxants and anti-inflammatories for a presumed muscle strain and bruising. When this treatment course was not making a significant improvement in Carl’s comfort, radiographs of his head and neck were taken to evaluate for any fractures in his spine. While the radiographs gratefully didn’t reveal any fractures in Carl’s neck vertebrae, they did show that Carl had luxated, or dislocated, his neck at the level of C1-C2. Carl was incredibly lucky that when he injured himself he did not acutely damage his spinal cord in the process. The other lucky thing for Carl (as lucky as you can be considered with a dislocated neck anyways) is the intravertebral foramina – the hole through the middle of the vertebrae through which the spinal cord passes – of the first two cervical vertebrae (C1 and C2) are quite wide compared to the diameter of the spinal cord at this level, and this extra room appears to have given Carl’s spinal cord the space to flex with the luxation and not put significant pressure on his spinal cord, leaving Carl with little to no neurological abnormalities for his dramatic injury.

We consulted with an equine veterinary radiologist about Carl’s case, as well as the large animal surgery team at Washington State University about further diagnostics (MRI or CT) and the possibility of a surgical correction or stabilization of the luxated vertebrae. In the end because Carl was so stable and had gradually been making improvements in his comfort and mobility throughout the consultation process, it was decided that the risk of trailering him to WSU and undergoing general anesthesia for the further imaging and possible surgical correction was too great for an unknown outcome for a currently happy horse. Carl has been managed at home with an initial course of anti-inflammatories, stall rest, and elevated feed and water to minimize the amount he needed to move his neck. He is now turned out and clinically doing well. The luxation is very unlikely to correct itself at any point in Carl’s life, but the soft tissue surrounding those vertebrae is adapting to keep that joint as rigid and protected as possible. There will always be an increased risk of Carl developing neurological abnormalities in the future, however he is currently happy and spunky and living his best miniature horse life. 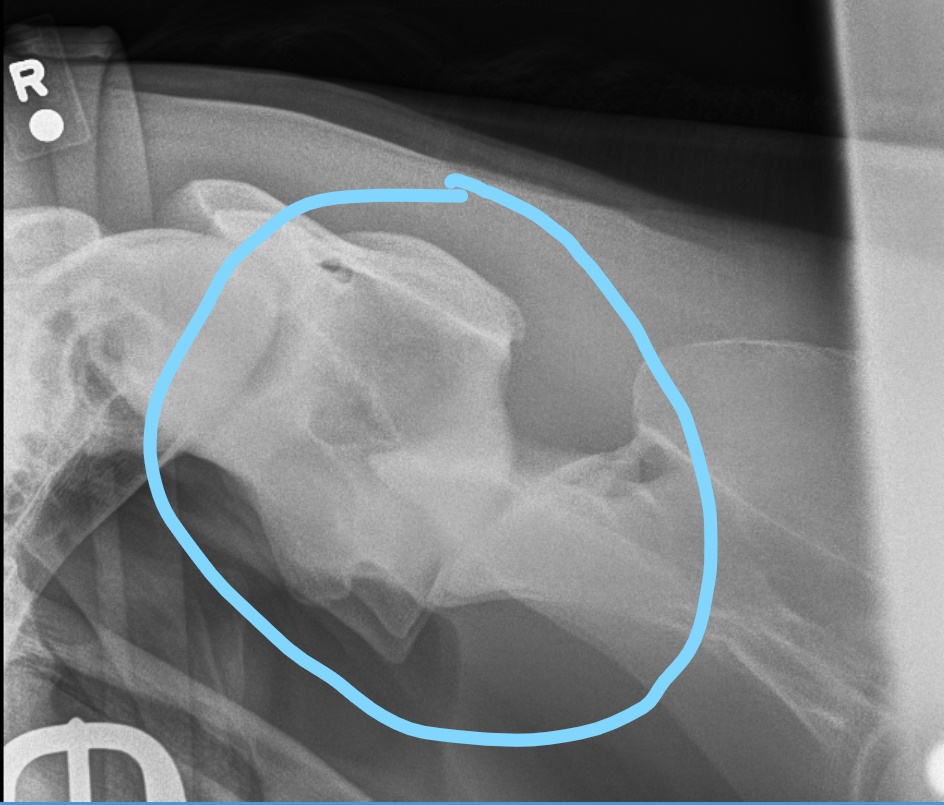 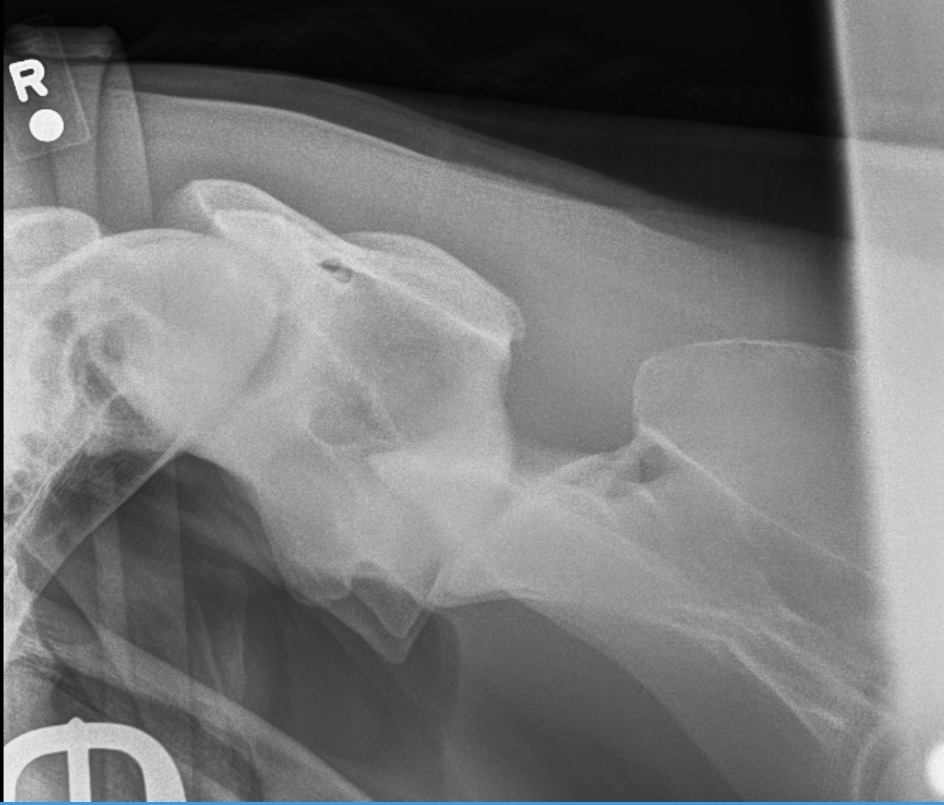 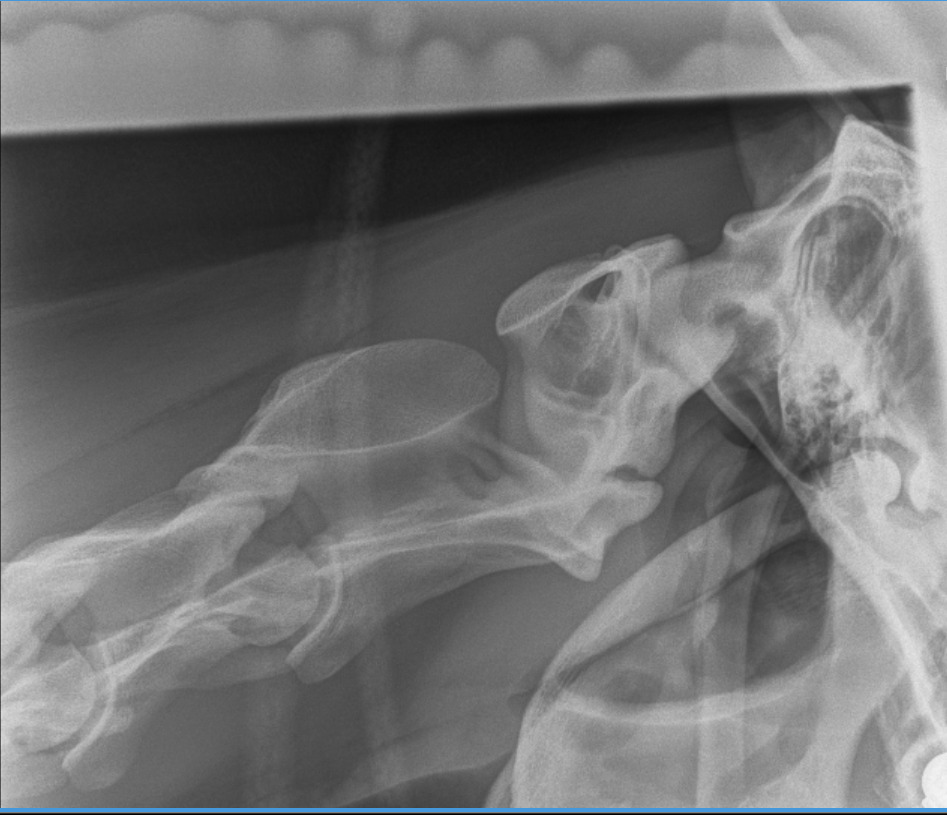 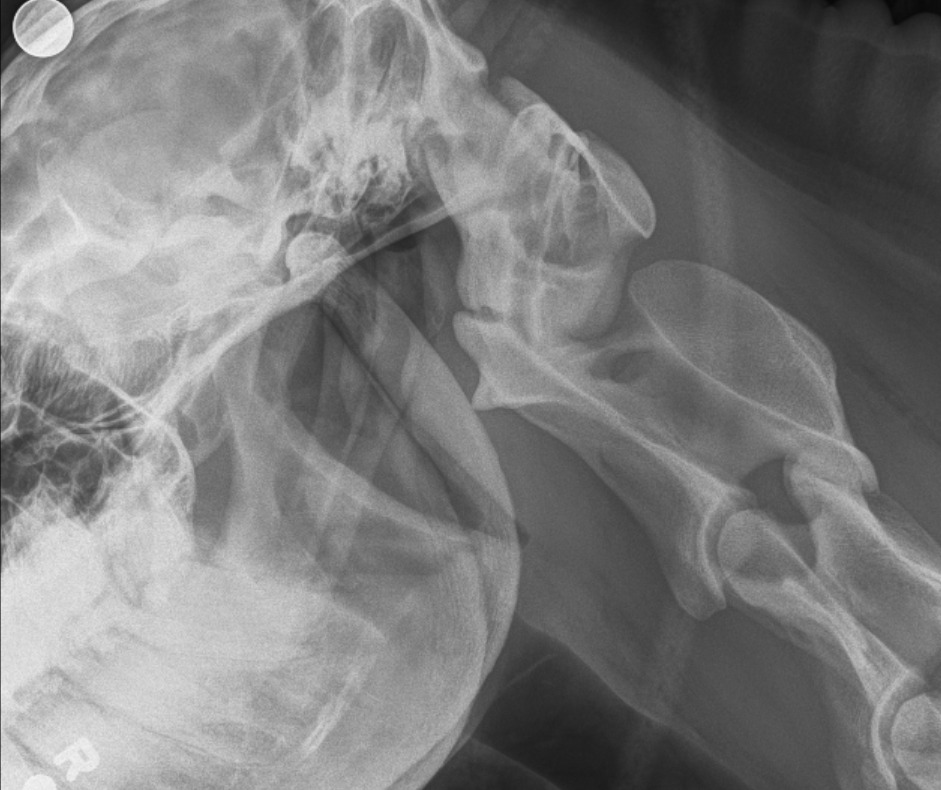 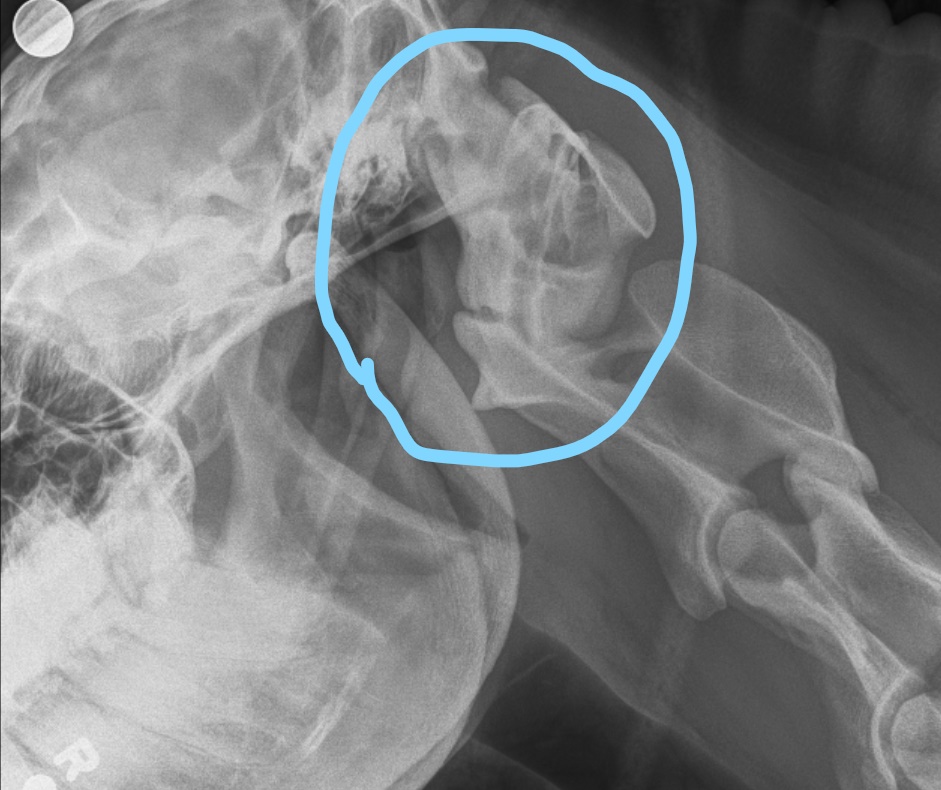