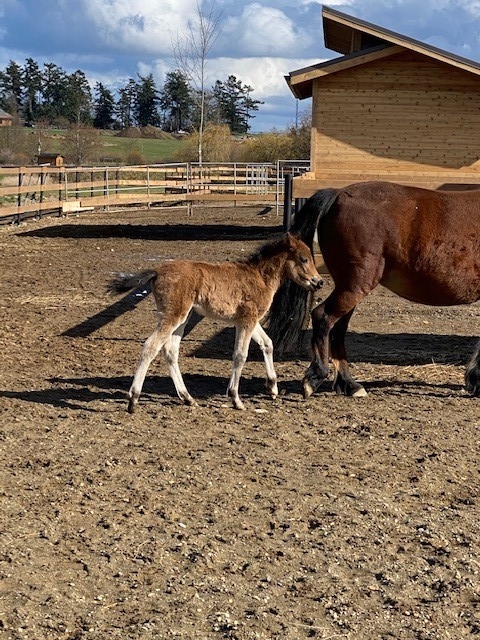 February Case of the Month: Our First Spring Foals!

Spring came a little early for one farm when a couple of their mares had foals on February 14th and 16th. The mares, along with 2 other horses were rescued from a large herd in Saskatchewan. At the time of their arrival last fall, it was evident that 2 of the 3 mares were pregnant. Unfortunately, no breeding date and thus no foaling date could be confirmed. All that could be confirmed on exam and ultrasound in November was that the two mares were entering their last trimester and would likely foal sometime in early spring. It was unknown to the new owners if either of these mares had ever had a foal before, how either mare would behave with the expecting foal, and when the foals would arrive.

The caregivers were very diligent regularly checking udders, top lines and any signs of impending foaling for MONTHS. Then on a particularly cold Valentine’s day, there was a special surprise, followed two days later with a second addition. Both mares foaled out 2 healthy fillies. Neither mare had any problems giving birth. They both tolerated very well all the excitement that new foals bring to a farm and were superb mothers. The foals needed some extra help keeping warm, but there is nothing cuter than a tiny foal cozy in a warm blanket… well maybe there is… when there are TWO of them! 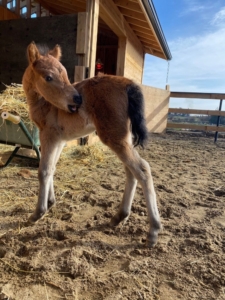 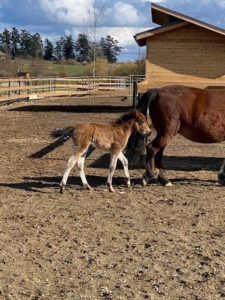 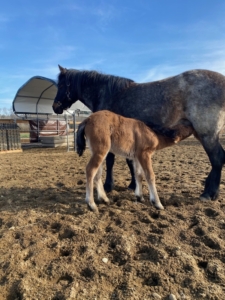 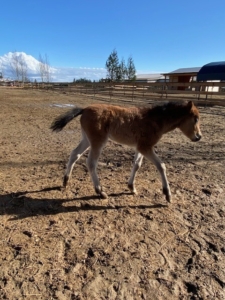 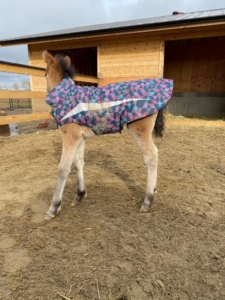 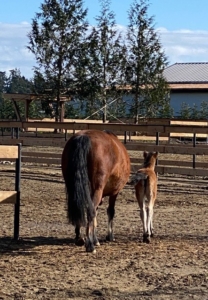