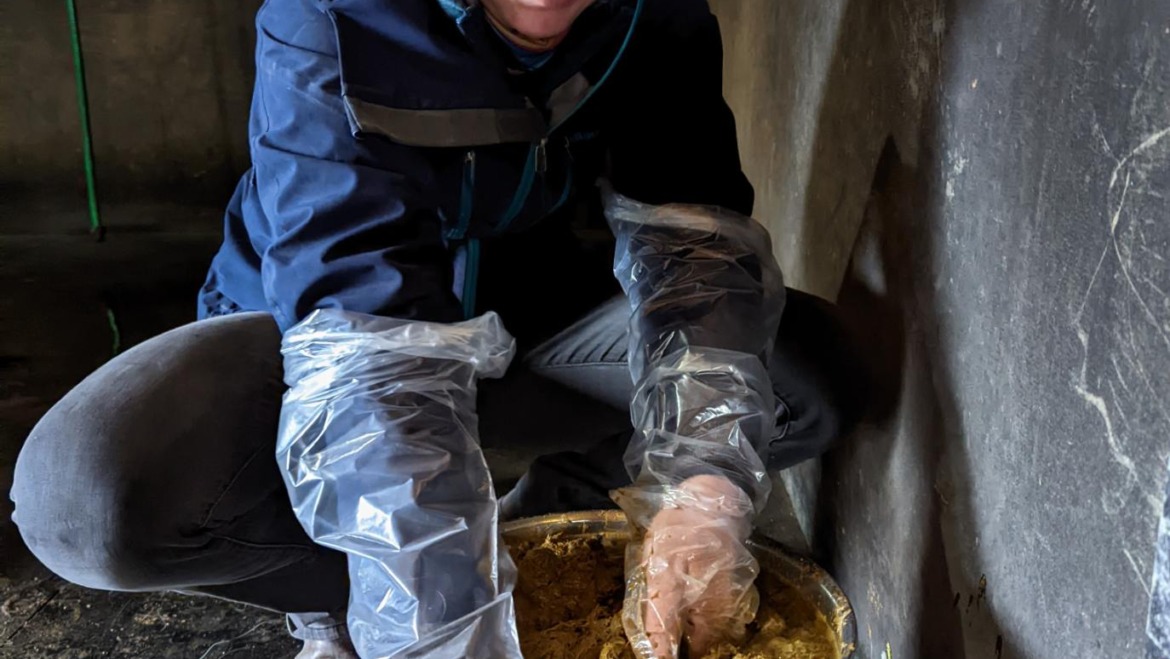 Lola is a 19-year-old mare used as a school horse who has had the somewhat embarrassing problem of chronic diarrhea. Her owner and the team at Swiftsure have tried a variety of management changes and medications over the year plus that she has struggled with diarrhea without lasting success. Lola has remained relatively bright and happy despite her ailment, and fecal PCR testing early in the course of her diarrhea confirmed that she was not affected with an infectious agent. Lola would show improvement to nearly complete resolution of her diarrhea when treated with the antibiotic metronidazole, but after 1-2 weeks of discontinuing the antibiotic, her diarrhea would return. As it wouldn’t be healthy or feasible to keep Lola on metronidazole long-term, she was treated with a fecal transfaunation in an effort to repopulate her digestive bacteria with a more appropriate mixture. Fecal transfaunation involves taking manure from healthy horses with no digestive issues, mixing it with water, straining out the solids, and then administering the resulting “poop soup” by nasogastric tube into the affected horse’s stomach. Several of Lola’s “great pooper” herdmates had their manure checked for parasites, and those without any parasite eggs present donated manure to Lola’s cause. Lola was treated with gastrogard (omeprazole) for several days prior to the procedure to make sure the pH in her stomach wasn’t overly acidic which might have killed off the good bacteria from the transfaunation, and the procedure itself went off without a hitch as you can see in the photos. Only a couple small splashes of “poop soup” made their way onto Dr McDonald, Meaghan, and Lola’s owner, but it was a small price to pay for Lola having well-formed manure now 4 weeks after her last dose of antibiotics, a feat she hasn’t achieved in over a year.

Lola has been doing well since her fecal transfaunation! 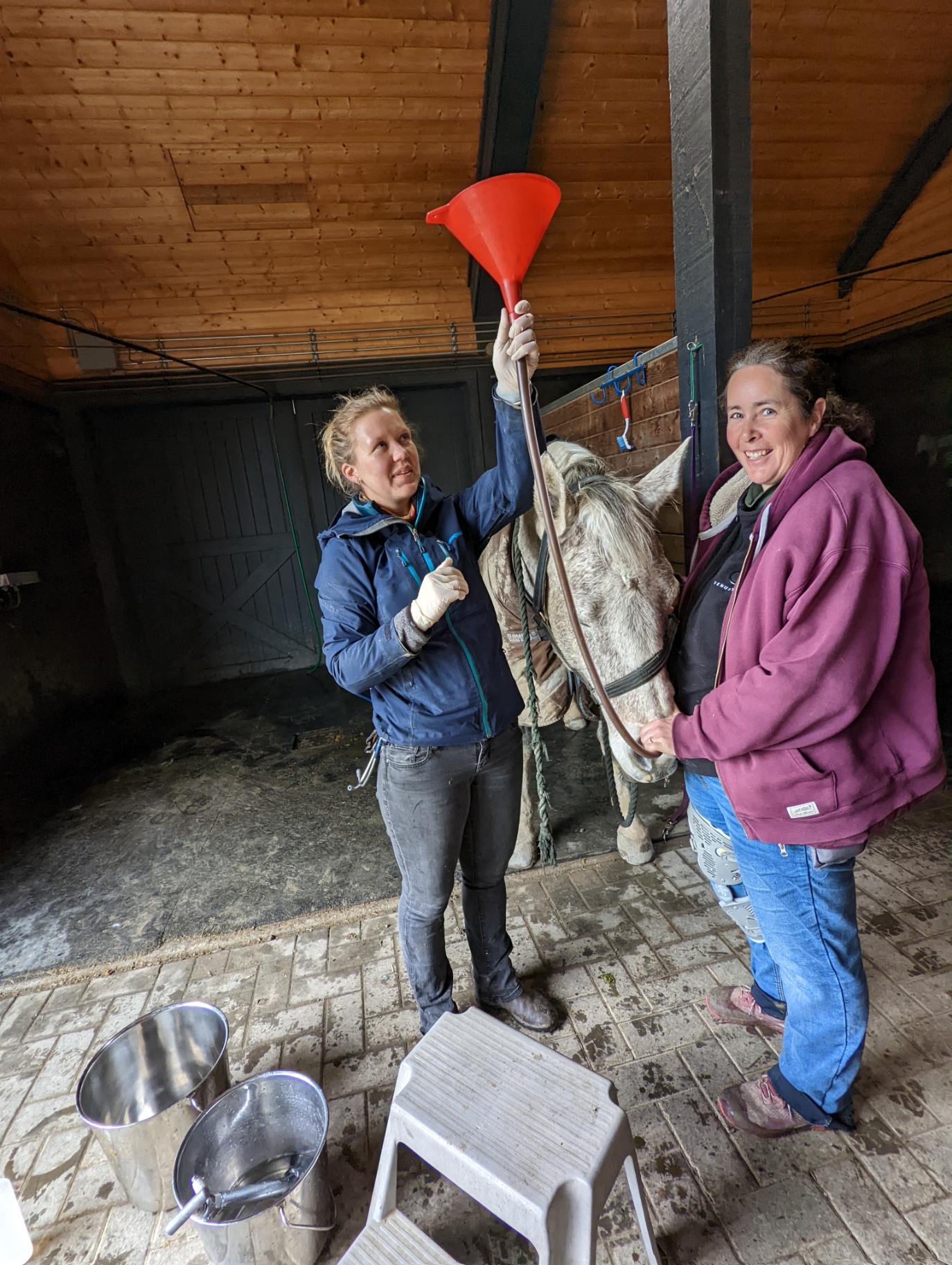