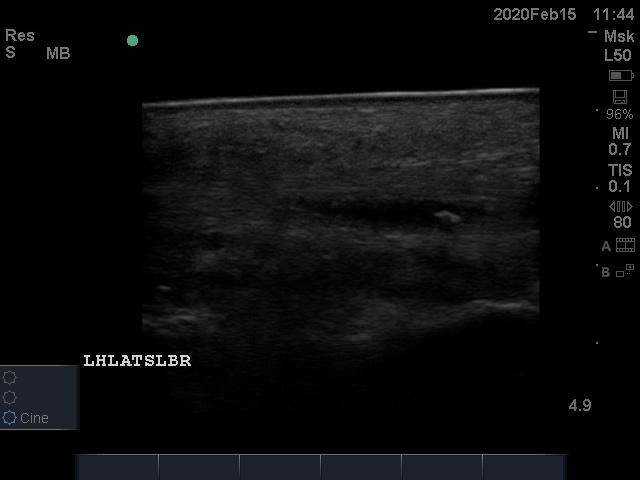 March Case of the Month: PRP In Action

Sam’s owner noticed some new swelling on the outside of his left hind fetlock, that was persisting longer than a week or two. Now bumps and scrapes, heat and swelling, were common findings on Sam, but this swelling was a little different in that it stayed quite warm and became quite firm to palpate. On ultrasound evaluation, there was an avulsion fracture from the lateral (outside) sesamoid bone on the back of Sam’s fetlock. The lateral branch of the suspensory ligament had pulled a little piece of sesamoid bone off the surface and it could be seen suspended within the suspensory ligament surrounded by fluid (edema).

We treated this injury by injecting Platelet-Rich Plasma (PRP) within the edematous space. PRP is a concentrate of the platelets from a sample of the horse’s own blood, which, when activated, release a variety of growth factors and cytokines to attract other healing cells to the area. It can help the ligament heal more rapidly and effectively (ie with less scar tissue). This was done under ultrasound guidance to make sure it was injected in exactly the right spot. Sam now is following his rehabilitation program with hopes of being able to hit the trails again before the end of the year.