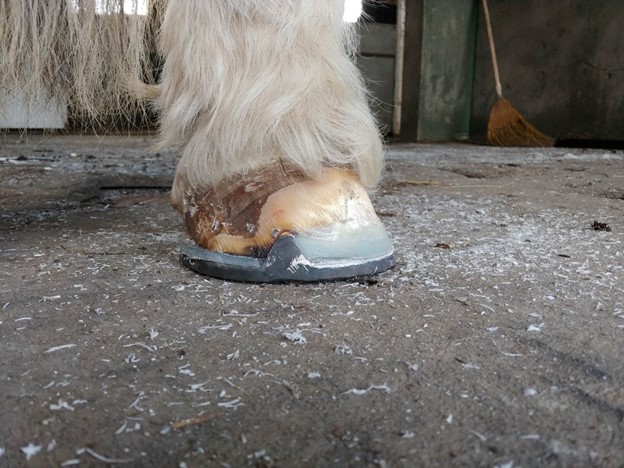 Brian is a 12 year old draft gelding who presented for an intermittent non-weight bearing lameness on the left hind limb. Lameness exam revealed that Brian was remarkably sound in a straight line and circling each direction with minimal response to flexion of the upper or lower limb. However, he would intermittently “sting” his hind leg and hold it up in the air. Brian also had evidence of chronic laminitic rings on his hoof and was moderately overweight so radiographs of the left hind digit were taken. The images revealed marked rotation in the left hind coffin bone with minimal sole depth over the tip of the bone (image 1). This was consistent with chronic laminitis or a previous severe laminitic event as Brian showed no signs of acute laminitis such as increased digital pulses or heat in the hoof. It is unknown when Brian had suffered from this event but suspected that he had been dealing with this issue for many years. Rotation this severe is normally associated with a very poor outcome and in many cases euthanasia may be considered. However, given that Brian was showing minimal signs of baseline lameness it was elected to proceed with therapeutic intervention. Working closely with Brian’s farrier (Will Clinging), and using x-ray as a guide, we were able to bring resect the unhealthy dorsal hoof wall, start to correct the severity of the rotation, and address the extreme negative palmar angle. Brian then had a custom shoeing package created by his skilled farrier to ensure appropriate support while he grows new hoof wall and his soft tissues adjust to his new angles (image 2). In addition, Brian had changes made to his diet and he was supported with pain control medications as needed. After just 1 shoeing cycle, the evidence of improvement on x-rays was remarkable (image 3). Brian has remained sound since and even returned to some ridden flat work under saddle. We continue to work closely with Brian’s owner and farrier to further his progress but are so happy for the positive outcome in this case so far! At Swiftsure Equine we pride ourselves on being part of your horse’s complete wellness team. This case highlights the importance of a good farrier & veterinary relationship where teamwork has led to success for Brian. 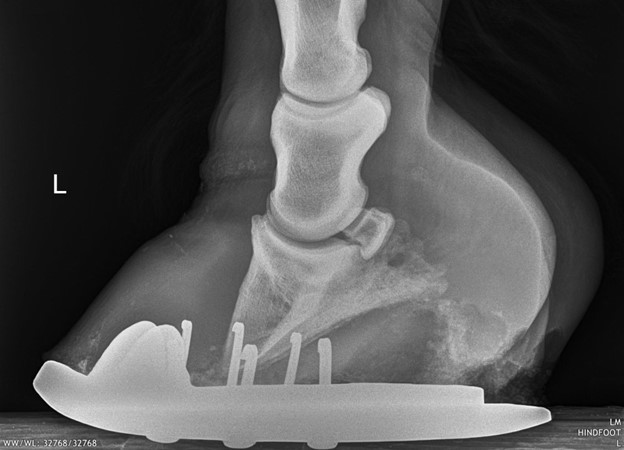 Image 3. Brian’s pre-trim radiographs after 6-weeks of growth in his custom shoeing package. 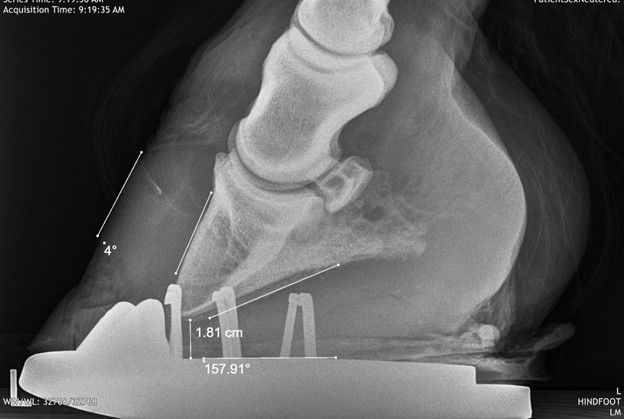