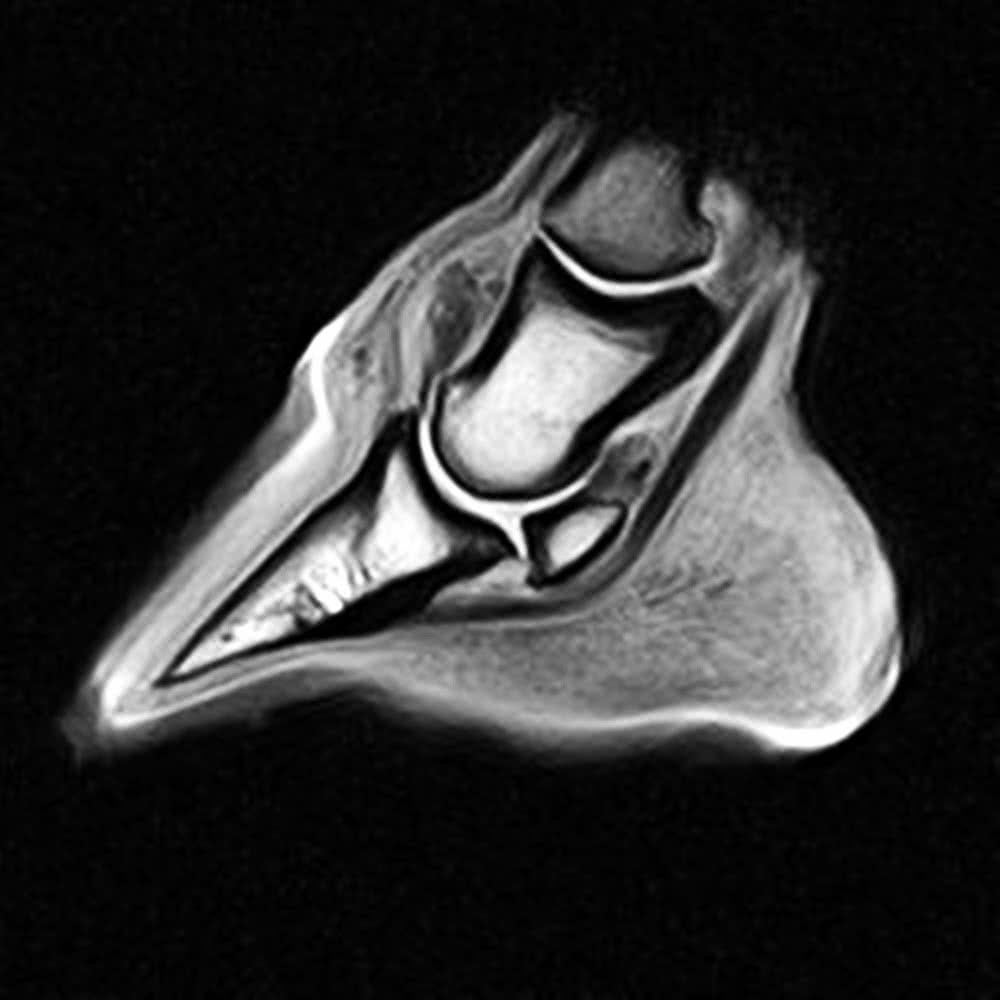 Belle has a history of arthritis in her front coffin joints, so when she came up lame on her left front and nerve blocks isolated the source of pain to her foot, it was thought to be stemming from the arthritic changes, as there were no other abnormalities seen on radiographs. She initially responded very well to coffin joint injections and was sound again within a week. Unfortunately, 6 weeks after the injections, Belle became lame on her left front once again. Nerve blocks again localized the source to her foot, and she was referred to Paton & Martin Veterinary Services in Langley for an MRI of her lower limb. Several soft tissue injuries were identified and she’s now being treated with stall rest, Shockwave Therapy, PRP therapies and should make a full recovery in 6-9 months.